Reader Tamara has a question for Honey Tanberry… can the oldest Chocolate Box Girl solve the problem?

Tamara says:
I just don't know what to do. People are spreading rumours about me and things I've done in the past. I've moved on from those things and I don't know why people are raking it all up now all of a sudden. I feel so confused and I don't say anything, but my friends think I'm ignoring them because I'm so quiet. To make things worse, my friends are hanging out with people they know I don't get along with. I don't want to have issues with anyone, but nor do I want to have to fix problems I didn't even create. What would you do, Honey? 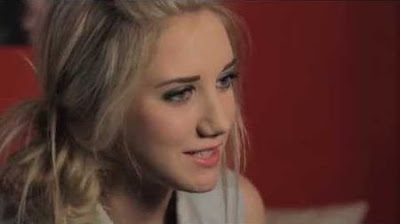 Honey says:
First of all, refuse to be bullied for mistakes you may have made in the past. I have made plenty, trust me, but if anyone tried to use those mistakes against me I would ask very calmly and clearly why they want to drag up the past. I would also ask them if they had never made a mistake themselves. Yes, I have made mistakes but I have learned from them and I will not be picked on for living my life… so speak up and make it clear you know that certain things in your past may not have been perfect, but that you have moved on. Ask the rumour-mongers to move on too. Hopefully your friends will respect you for speaking up. You have a choice whether to hang out with their new crowd, but if you know you don't get on with that group look for new mates and see your old friends when they are away from the main group. The main message is not to buy into the drama. Find new friends who support and respect you and refuse to let spiteful rumours and friendship feuds bring you down. Good luck.

Cathy says:
Friendship problems can take time to sort, but I agree with Honey here, don't let yourself be dragged into the drama. Do YOU agree with Honey's advice? What would YOU add? COMMENT BELOW to have your say...
at July 15, 2015