LILY: HANG ON TO THE RAINBOWS... 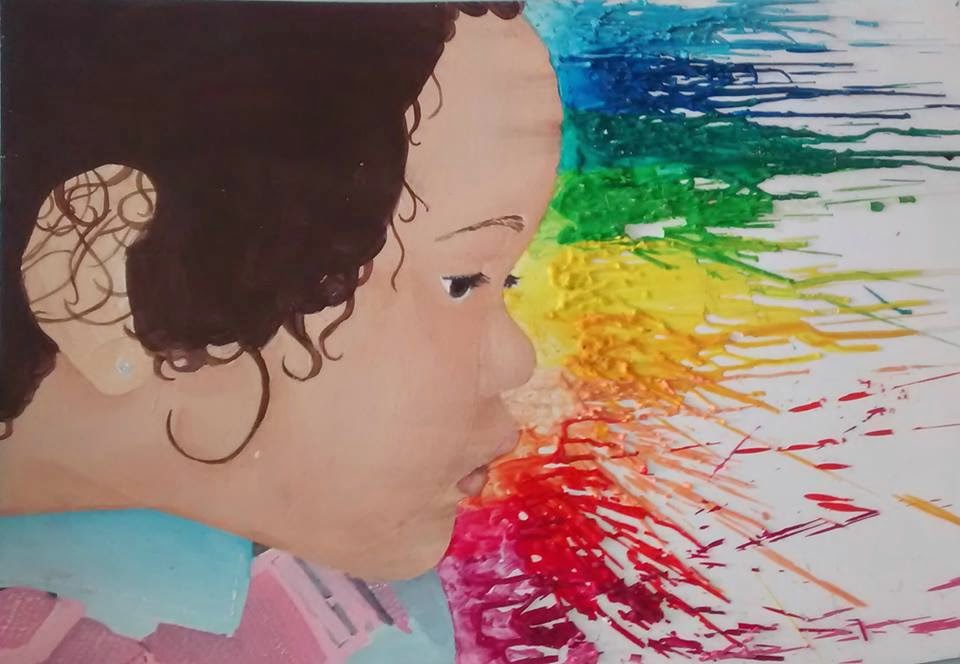 Lily says:
When I look back to my childhood, it feels like everything was perfect then. We were happy - Mum, Dad, me and my brother Jon. We had fun and we loved each other, and I thought it would always be that way. I was wrong.

When I was nine, Dad lost his job and couldn't find another one in the small town where we lived. After almost a year, he found a job in Birmingham, and it was too far to travel so he stayed there in the week and come home at weekends. Then things got worse because he met someone else and he and Mum split up. He told me and Jon he still loved us as much as ever but he was never around so it didn't feel that way. Mum met a man and he moved in with us, and he was quite bossy and angry lots of the time and home wasn't a great place to be anymore.

I suppose all this coincided with me becoming a teenager, but for whatever reason the next few years were not easy. I fell out with my friends and drifted from one group to another; I got into trouble at school and my grades got worse and worse. My brother was going through some stuff too; he was caught shoplifting and Mum had to collect him from the police station - he got cautioned and everything. He's a year younger than me and I realised I had been a pretty rubbish big sister. I'd let him down. My world had gone from full-colour to black and white in the last few years and I hated that. I wanted it to change.

I can't alter what has happened, or bring Dad back, or get rid of Mum's boyfriend. I can't get my old friends back or make up for the time I wasted at school, but I can be a better daughter, a better sister, a better friend. I CAN stop living in the past and try to accept the present instead of fighting it. It is early days, but I try to find something good in every day, whether it's passing a maths test or sharing an ice cream with a friend or watching a DVD with my brother. If there isn't anything good, I try to create something. I am sick of living in a black and white world, and it's up to me to find the rainbows and hang onto them.

All names have been changed. The awesome illustration is by reader Kiki… wow!

Cathy says:
Lily's story is sad, but she is changing things and taking control again… I hope things work out for her. Have YOU ever felt as though your world has lost its colour? How did you find the rainbows again? COMMENT BELOW to have your say.