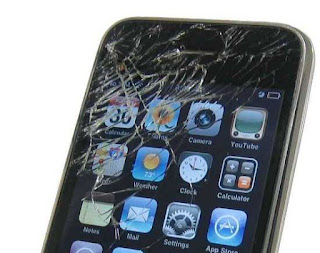 Jess says:
One day I was running a bath and also watching YouTube clips on my iPhone. I put the phone down on the edge of the bath and it just sort of slid into the water. I was really scared, but it was still working - I actually used it while I was in the bath, watching more You-Tube clips, but then the battery started getting warm and some of the buttons stopped working and then the screen went blank. We put it in dry rice because that's supposed to dry things out, but it didn't work, so I had to tell Mum and Dad. We took it back to the Apple shop but they couldn't fix it, so I ended up having to make do with an old phone for a few months. I've definitely learned a lesson from that! Well, maybe. I dropped my iPad in the bath a few months later…

Esme says:
I once dropped my Kindle on the utility room floor, and there's been a red line through the middle ever since… 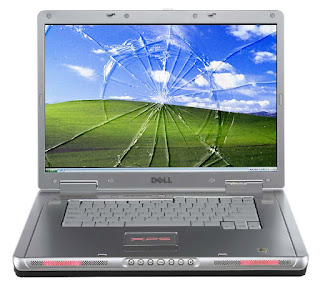 Lelly says:
I dropped my mobile in the loo, and I knew the trick of putting it in a bowl of dry rice in a warm place. So I put it in a plastic dish of rice and wrapped it in a towel and put it on the woodburner. Five minutes later the whole thing went up in flames. I was NOT popular that day.

Scarlett says:
I had a bright bubblegum pink Blackberry that I loved. I was at Eco Club at school and we were clearing out the pond… I put my Blackberry in my top shirt pocket, forgot it was there and leaned over to clear some algae. Splash! It hit the water and sunk right to the bottom - luckily my brave friend rolled up a shirt sleeve and dug in, pulling out a brick first… random, I know… and finally my phone. It did work afterwards, but just for a short while. We had to put it in rice when we got home to try to get the moisture out of it!

Fouzia says:
My uncle gave me an iPod4 when I was ten. I loved it, but one day my brother dropped it from the top bunk and the display broke. He apologised about a million times but I was furious and very unforgiving (I regret that now!). My Dad got the iPod repaired, but soon after my sister dropped it and that was that, it was totally dead. Recently, my uncle gave me an engraved iPod 6 - he is the BEST! Moral learned… always forgive and forget!

Laura says:
I'm very good at damaging technology, especially computers. I wrecked a new laptop by knocking a mug of hot chocolate all over it in March. Luckily, I had insurance, and took it back to the store… but now whenever I go in they call me the Hot Chocolate Girl! A bit awkward! I had to choose a new computer and it didn't take long for me to break that as well… I somehow lost all the files and operating systems. It would still turn on, but there was nothing to load up, no Windows, no nothing. So yes… me and technology… not a good mix! 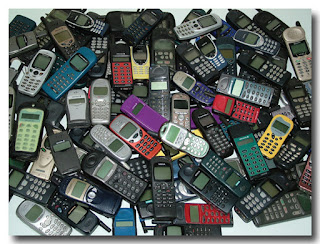 Violet says:
Mum dropped her phone in the toilet once. I was very upset because it had some irreplaceable videos on it, and I've never let her forget. I go through phones at quite a rate - the first one went through the washing machine. Not good! The second was pretty wrecked and held together by a hair bobble when I lost it completely. My third mysteriously stopped working - I think it got damp and mouldy - and the fourth just stopped charging. I'm on my fifth now! My brother's first Nintendo DS fell apart through overuse - the top screen stopped working and as he had a tender goodbye moment before throwing it away, the screen completely detached. Heartbreaking, truly, but not entirely my fault… a joint effort!

Jackie says:
My sister took my phone to record herself while going on a rollercoaster. When she went upside down I saw her hand let go of the phone and watched in horror as it fell. I tried looking for it but we never managed to find it, and my sister bought me a new one!

Cathy says:
I won't mention the coffee I spilt over my laptop keyboard mid-book… or the herb tea that wrecked the laptop after that… or the time the lid/screen detached and was hanging on by a thread. And NOBODY is allowed to mention the time I dropped my mobile in a puddle… Have YOU ever damaged a phone or laptop? COMMENT BELOW to tell us more!