Prepare to be inspired by the awesome Malala Yousafzai who, at seventeen, has just become the youngest person to win the Nobel Peace Price... 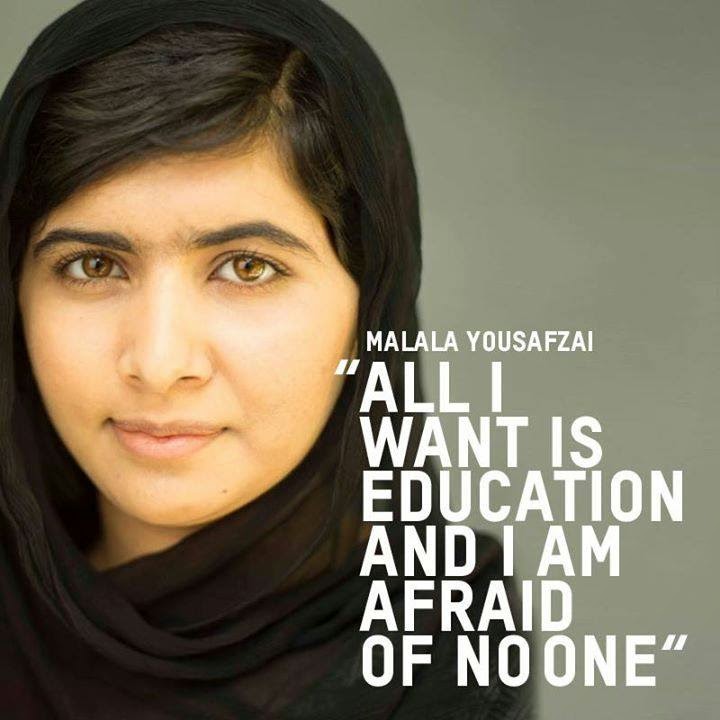 Cathy says:
You have probably heard of Malala Yousafzai, the Pakistani schoolgirl who was shot in the head by Taliban extremists for being courageous enough to go to school when extremists were trying to ban girls from attending. Malala began campaigning for girls to have a right to an education when she was just twelve, and the more she spoke out, the more danger she was in. She received death threats many times.
In 2012, she was boarding a school bus when a Taliban gunman boarded, asked for her by name and then shot her three times in the head. In a critical condition, Malala was eventually brought to a British hospital for treatment and rehabilitation, and slowly made a good recovery. Malala was just fifteen when she was shot, and since then has worked hard to promote the right of girls to be educated, and for children worldwide to have access to education. She has spoken at the United Nations on these issues, and has also been supportive of the 'Bring Back Our Girls' campaign to rescue the kidnaapped Nigerian schoolgirls, even travelling to Nigeria to speak with their families. 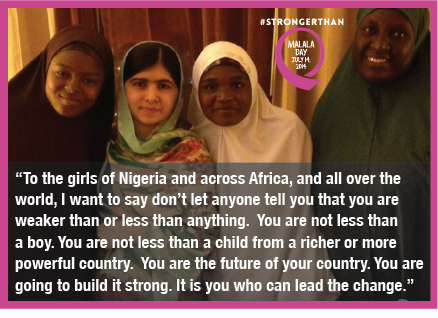 Malala has just been awarded the Nobel Prize for Peace, jointly with Kailash Satyarthri, a children's rights activist from India. I think Malala is a very worthy winner and a very inspiring young woman. Her bravery has made us see how powerful education can be… so powerful, that terrorist extremists are very scared of it indeed. The next time you feel fed up about going to school or college, think about that… and remember that sadly, the freedom to be educated is something not every girl has.

Cathy says:
I can't think of a better person to win the Nobel Peace Prize and I wish Malala all the luck in the world with her campaigns. Would YOU fight for you right to go to school? Why is education important? COMMENT BELOW to tell us what YOU think!
at October 11, 2014