THE GREAT DEBATE: DO YOU BELIEVE IN GHOSTS?

Do YOU believe in ghosts? Four readers discuss ghosts, ghouls and things that go bump in the night in the run-up to Halloween… 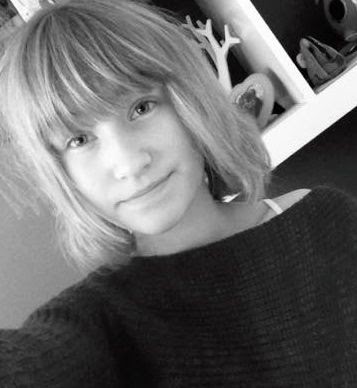 Britney says:
I have never seen a ghost myself, but I am open to the idea that they exist. At my grandad's house, where my dad lived for most of his childhood, there was said to have been a plane crash from World War Two… a Lancaster bomber, I think, was involved. Both my gran and grandad have seen the ghost of the man who was killed in the crash, still in his flight gear, standing in the corner of the dining room, next to the window. Dad reckons he has seen him too, and the story always gives me goosebumps!

Laura says:
Today I went to a castle and read all about its legendary 'Green lady', a ghost wearing a green dress and carrying a wailing child… especially creepy as the sightings are always in the old nursery. I was in the nursery and suddenly I heard the rustling of skirts behind me… Turned out my dad was unwrapping a Werther's Original sweet. I do NOT believe in ghosts.

Liah says:
I do believe in ghosts, and in fact I think we live in a haunted house. Ever since we moved in, seven years ago, we've known things weren't right; and my little sister Jenna can see and talk to the spirits. When my little brother was born, Jenna asked who the baby was. Mum explained it was her new brother, and Jenna replied that she didn't mean him, she was asking about the 'glittery one next to him…' When she was six, she saw a boy standing in the corner and thought he was real, too. Our dog-sitter thinks the house is haunted and our old dog used to bark at the ghost. The ghost seems nice… but it is still a ghost, and we've lived alongside it for seven years!

Chloe says:
That's really interesting, Liah. We have always been haunted, too, although I'm not sure the spirits are attached to the house itself. Once ghosts locked my brothers out of the house - there was no logical explanation for it. Mum and Dad both claim they have seen ghosts; Mum saw a ghost-dog that ran right through a wall at night, while Dad saw a ghost in the sawmill where he works. I have never seen anything so far, but I do sense that spirits are around me at times and it doesn't scare me as much as you'd imagine. My cousin is a medium and the whole family are very open to the idea of ghosts and spirits… they make me feel safe and secure in a strange kind of a way! 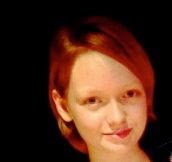 Laura says:
Liah, I had to think for ages before responding to this because there is undeniably something going on. Could your sister have been exaggerating? Maybe there is just a bad feeling about the house, and your mind is putting things together to imagine why? I don't believe in ghosts, all the same. If ghosts did exist, why don't our late loved ones reach out to us? I have livd in an old house for years, with rattling roofs and creaking floors, the lot. When I was younger I used to imagine ghosts floating about, but it WAS just my imagination. I've lived here all my life, so surely a ghost would have given itself away by now? Memories can linger and you can sometimes get a 'bad' feeling about a place, but no, I don't believe in ghosts. 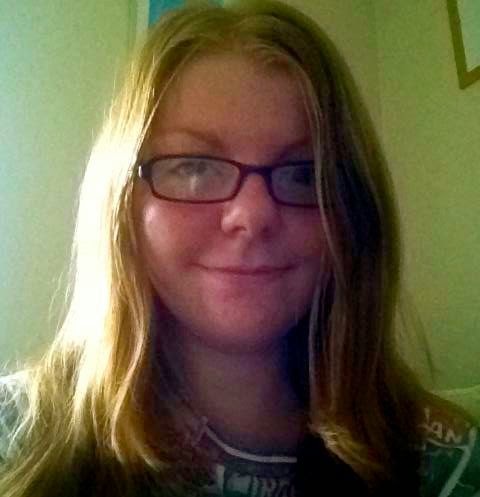 Chloe says:
Laura, I understand that we have no certain proof that ghosts exist, but we also rely on many other things we cannot see so why not this one? Perhaps nobody can be sure whether ghosts are real or not, but I like to think I am open-minded to the possibility. There are so many amazing and scary things in this world - I am trying to imagine the possibilities, trying to learn more.

Britney says:
Chloe, do you know much about mediums and what your cousin does? I am quite interested in the idea of mediums and have watched a few TV shows about them… I'd like to know more. Like you, I've never had an experience myself, and I am quite a scientific and logical thinker so I am very undecided about the existence of ghosts and spirits. I do find the idea of them fascinating, all the same!

Chloe says:
I do know quite a bit about what my cousin does, Britney. Some people believe that mediums are all liars and cheats, but I know my cousin and he would never lie about something like that. I'm still not sure what I believe myself, but sometimes I think that ghosts live around us, just trapped behind a veil of sorts. There are so many reasons to believe, and I feel I do. What we have to do is get rid of the logical and think outside the box… all things are possible then!

Cathy says:
Oooh… a very interesting debate! Tomorrow we hear from a reader who used to live in a haunted house… yikes! COMMENT BELOW if YOU have strong beliefs either way on the existence of ghosts...