CAREN: I LIVE IN INDONESIA!

In another of our glimpses of readers around the world, we meet eleven year old Caren, who lives on Sulawesi Island in Indonesia... 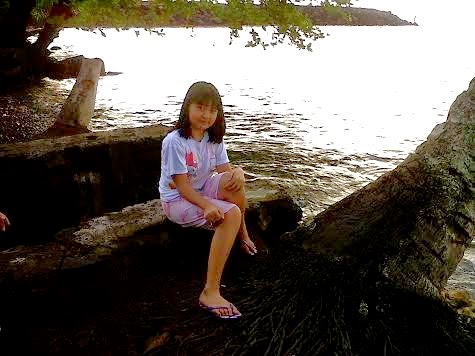 Caren says:
I live on the island of Sulawesi, Indonesia. Indonesia is made up of five big islands - Sumatra, Kalimantan, Jawa, Sulawesi and Papua, plus around 7000 smaller islands. There are several tribes in Indonesia - I'm part of a tribe called Minahasa. Because I live in a city, our home is a western-style house - outside the cities, housing can be very different. The weather here is definitely tropical - we don't have spring, autumn and winter, just one long hot summer and then a rainy monsoon season. I can't really imagine the changing of the seasons! 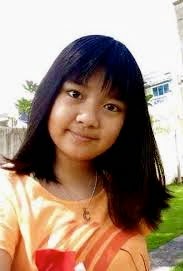 My school uniform is formal, but it looks quite sporty - we wear skorts (a cross between skirt and shorts) and a white shirt with the school logo on. Our school is mixed, both girls and boys. My favourite subjects at school are English and art - they're fun! I have been learning English since I was six years old, so I speak it quite well now! At school we sometimes have a bazaar where we sell food at entrepreneurial events, which is cool. My ambition is to be an author one day, like Cathy Cassidy!
There are many kinds of national dishes in Indonesia, but in our city the most popular one is Tinutuan, a yellowish rice porridge containing spinach, cassava, pumpkin and other veggies. It is a healthy kind of breakfast! 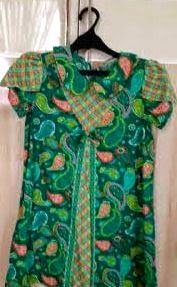 As for clothes, we usually wear western styles for everyday, but there are traditional clothes too, which might be worn on Independence Day or any national heroes day. Traditional clothes are often made from traditionally made Batik printed fabrics, like my dress here.
There are various cultural traditions - one that's quite important where I live is 'Upacara Raba Puru' which is a ceremony for wives who are expecting their first child, to help them give birth well. In Indonesia there are five main religions: Christianity, Catholicism, Buddhism, Islam and Hinduism. There is a saying here, 'Bhinneka Tunggal Ika' which means 'unity in diversity' - that sums Indonesia up. Overall, I am proud to be Indonesian - there are many things that make my country unique. Even if we are different, we learn to unite!

Cathy says:
I loved hearing about how different life is in Indonesia... what do you think about the tinutuan porridge and the batik print dresses? COMMENT BELOW to tell Caren what you think, or to let me know if you'd like to write about YOUR country for DREAMCATCHER!
at May 23, 2014