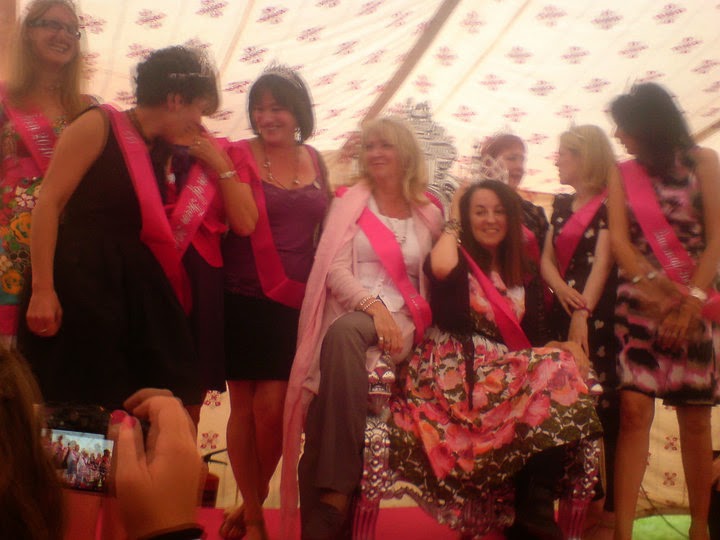 Cathy says:
There are two parts to this post... one is to tell you that I am shortlisted for the Queen of Teen award, in case you want to vote for me. Or for someone else, obviously... whatever! My manifesto is simple... free chocolate on the NHS (because it would make people happy, right?) and daydreaming on the school curriculum... yup. The world would be a sweeter, dreamier place, right? So c'mon, my loyal readers... cast your votes HERE and make some magic happen! 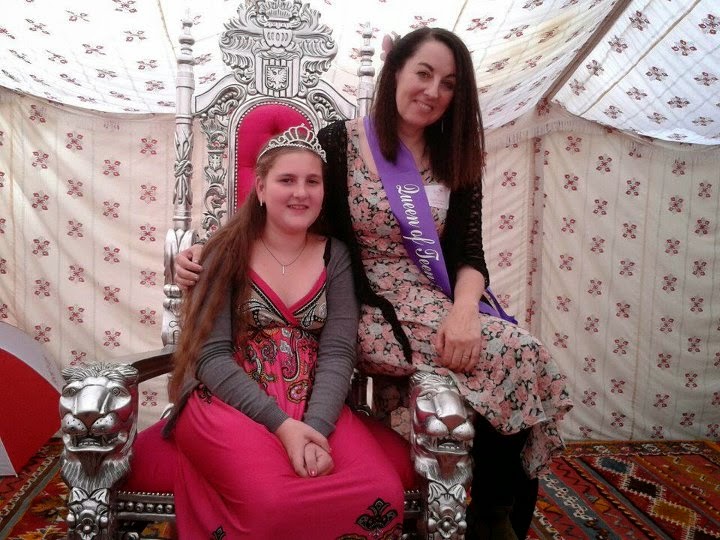 Seriously, though, the Queen of teen award is all about encouraging teens to read... it's an award with cupcakes, bunting and pink lemonade. It's cool. In the pics you can see me in the wobbly crown, and with my 2012 superfan Beth. I wonder who my superfan will be this year? I can't wait to find out! One of the pics shows me and my pal Jayde from Puffin books having a play-fight over the tiara in 2012... because pretty much everyone wants to be a princess, don't they? 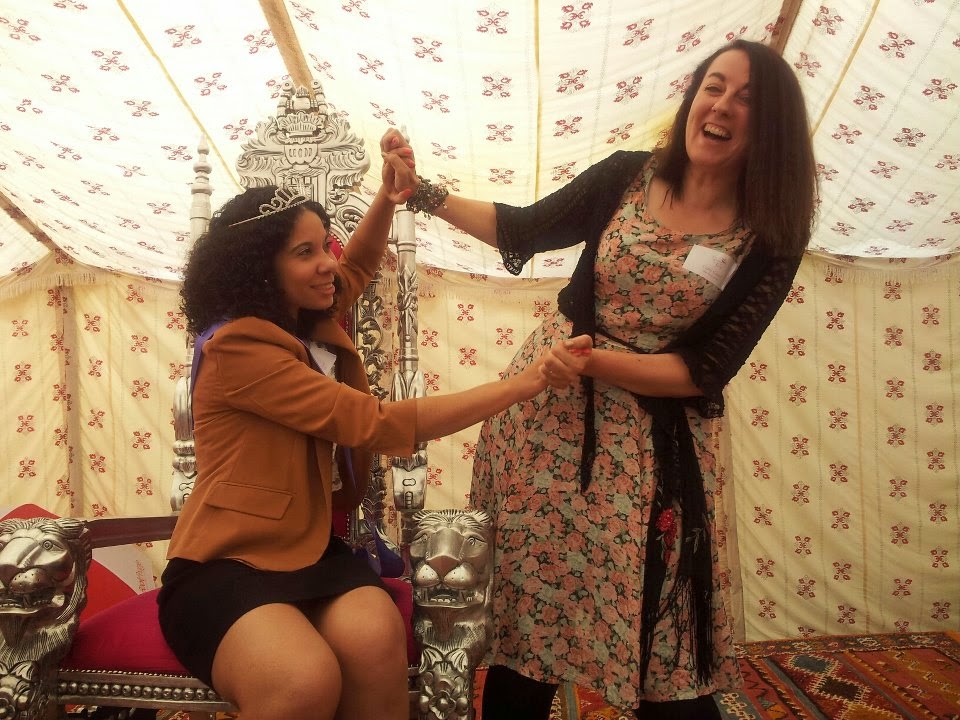 Well, the thing is, life isn't quite like the fairy tales; a crown won't make all your troubles go away, but one thing I do know... you hold your head high when you're wearing a tiara. You have to, or it'd slip off! So... how about we go for invisible crowns, instead? Each and every one of us can hold our head high and wear our own sparkly crown; and even if others think we are dull and plain and ordinary, we'll know that secretly we're much, much more than that. We're kind and clever and cool and caring... all kinds of great qualities that I KNOW my readers possess by the bucketload. You don't have to wear pink frocks and flowers in your hair - this is 2014, a princess can be exactly who and what she wants to be. You ride a white unicorn or a 500cc motorbike, marry the prince or run off with the woodcutter or choose a career as a research scientist. You can be any kind of princess you want to be. Rock your invisible tiara with a biker jacket and DM boots or a vintage dress and flip-flops... be yourself. Be awesome! It's time we got brave and started believing in ourselves. Wear that imaginary crown with PRIDE!

Voting for the Queen of Teen closes on 7th July, so vote HERE if you'd like to. COMMENT BELOW if you'll be voting - and if you'll be wearing your own invisible crown!