Reader Stephanie writes about how a school project opened her eyes to why we all need to take bullying a lot more seriously; it can kill...

Stephanie says:
Izzy Dix (pictured below) was a bright fourteen year old girl from Devon. She'd lived in Australia from the age of three and at eleven she moved back to the UK with her mum. Izzy was intelligent and her future was looking very bright indeed. Then things began to go wrong; the pupils at Izzy's new school began to tease her and make fun of her Australian accent and her achievements in school. She was targeted in school and also online, and as the bullying got steadily worse, she was told she wasn't wanted and that she shouldn't even be alive. 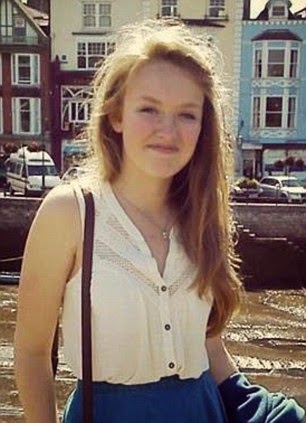 On 17th September 2013, Izzy took her own life; the bullying had all become too much. A coroner recorded her death as suicide, and said that she had experienced 'significant personal and emotional turmoil.' Izzy's death had a profound effect on her mum, Gabbi, but also on the bullies themselves.

I found Izzy's story while researching an idea for a drama piece to go towards my BTEC in Performing Arts, and I knew I had found a story that would have a big impact on others and show them how much damage bullying can do. Before her death, Izzy wrote a poem called 'I Give Up' expressing her pain; it's heartbreaking.

My drama piece was quite sad to perform, as Izzy's death was on all of our minds. It was a reality check on the fact that bullying happens every day, and that sometimes the outcome can be suicide; and that all of this could be prevented. In the drama piece, I played the part of Izzy's mum, which gave me a different perspective on the how suicide can affect other people. This certainly came through at the end when we got feedback from the audience; one of the parents watching said they would never have fully understood what can drive people to take their own life without watching the performance. I feel it gave out a very strong message... I was so glad I'd found and researched the story and been able to bring it to other people. 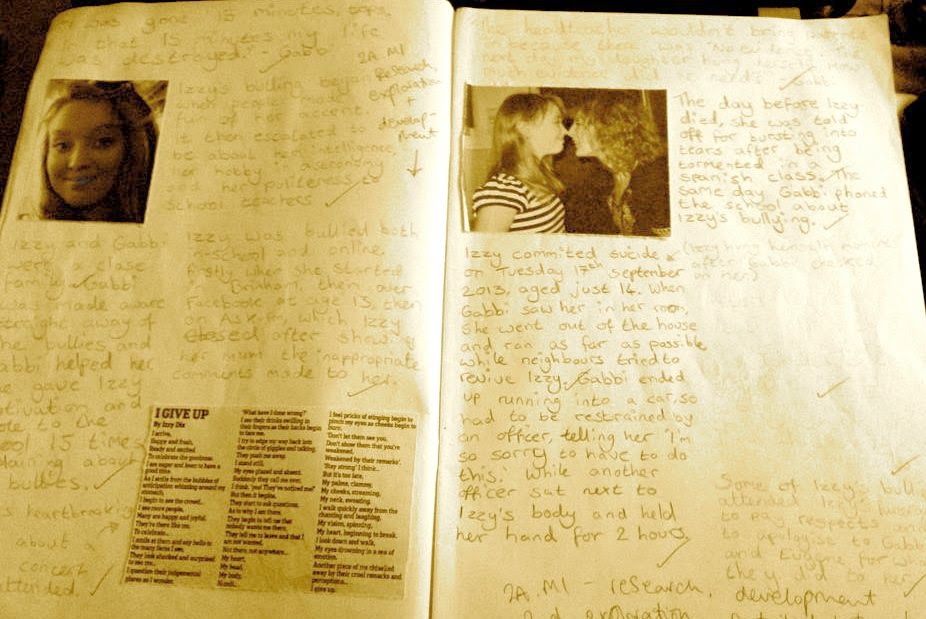 After Izzy's death, her mum Gabbi set up a petition to get the UK government to close Ask.fm, a website where people ask questions which are answered anonymously; the site is a beehive for bullies and other teen suicides have been linked to it. Stamping out bullying has got to be a priority for our generation; we need to get angry, we need to change things. If enough of us care, then one day in the future, perhaps bullying will finally be a thing of the past.

Do you agree that bullying needs to stop, and that sites like Ask.fm which protect bullies should be closed down? COMMENT BELOW to have your say...
at May 11, 2014