Online friendships can be tricky. As Honey Tanberry found out in the book SWEET HONEY, people online aren't always what they seem. Sometimes, though, an online friendship can be the real deal… we talked to fifteen year old Emi who found her best friend that way! 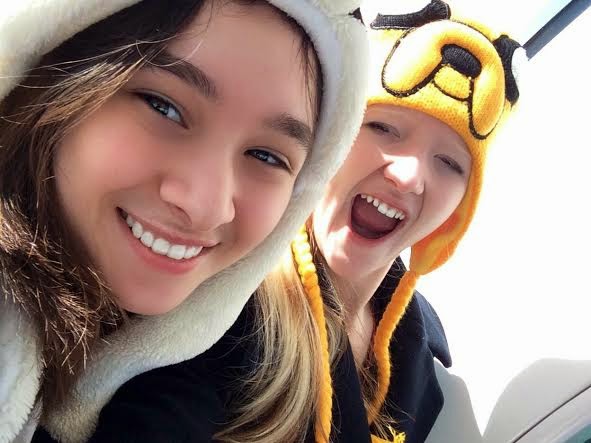 Emi says:
I started being an online admin for Harry Potter fan pages in 2013, and I was then added to a small 'group' on Facebook for people who love books, films and fandoms and admin for them. Soon my interests grew from Harry Potter and Dr Who to Divergent, Hunger Games and Sherlock… I felt I could really be myself and I loved that. The FB group was quite small and I soon got to know some of the people well, including Camryn who lives in Scotland. Gradually, we began to Skype and became best friends. I had done a school production of Phantom of the Opera recently and that was one thing we talked about… then Sherlock… then everything!

Eventually, when friends from the group wanted to talk to us they'd say 'EmiAndCamryn' all in one go… we're like twins in some sense, we just fit. I'm not sure how we decided to meet, but we knew we'd like to talk in real life as well as online. I'd heard so many dodgy stories about meeting people online but I felt like I knew Camryn well. The FB group began talking about having a meet up and I thought that would be great - my friends in the group are just people with the same interests as me… they just happen to live far away. The group meeting hasn't happened yet, but Camryn mentioned that she was coming to London in the spring and we knew we wanted to meet. After a couple of changes of date, the trip was set for April; I talked to my family and they spoke to Camryn's family so we all felt we could trust each other (not that I ever doubted it!). 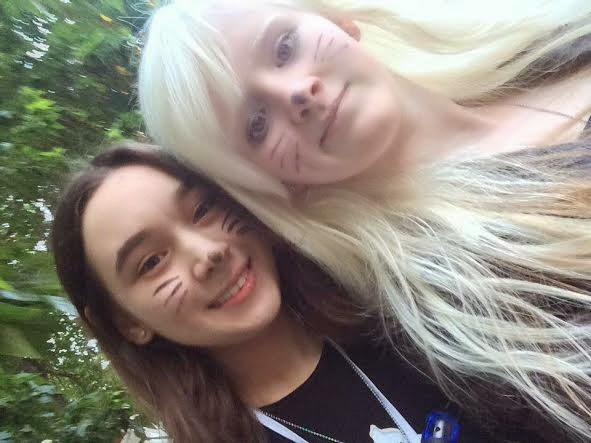 When we met, we had our guardians with us so if anything had seemed odd it could be dealt with or sorted . Nothing was wrong, though! We met at London Waterloo and went to the Sherlock Holmes museum in Baker St, hosted a radio show together on my dad's radio station, went on the London Eye, went to Forbidden Planet (a massive fandom shop) and even visited Platform nine and three-quarters! We also went to Camden, had a movie night and went to a craft show at Alexandra Palace. The days we spent in London were something I'll never forget, and since then I've seen her again and we've planned a trip for me to stay with her in Scotland. If someone had said to me last year 'Oi, you're about to find the best friends you've 'never' met and have one of them come to stay with you,' I'd have been totally stunned. I think it's wise that we are all careful about online friendships, but I want to spread the message that not everyone you meet online is bad. Camryn is the best friend I could ever dream of, and I'm so thankful to have her!

Cathy says:
This is such a great story of a modern-day friendship that stretches across the miles! COMMENT BELOW to tell us your views on online friendship and/or on Emi's story… or email me via the 'email Cathy' link on www.cathycassidy.com to share your own friendship stories!
at July 18, 2014