In the first of our sizzling summer style series, DREAMCATCHER reporter Manda gives us the lowdown on the coolest sunglasses… which ones would YOU choose? 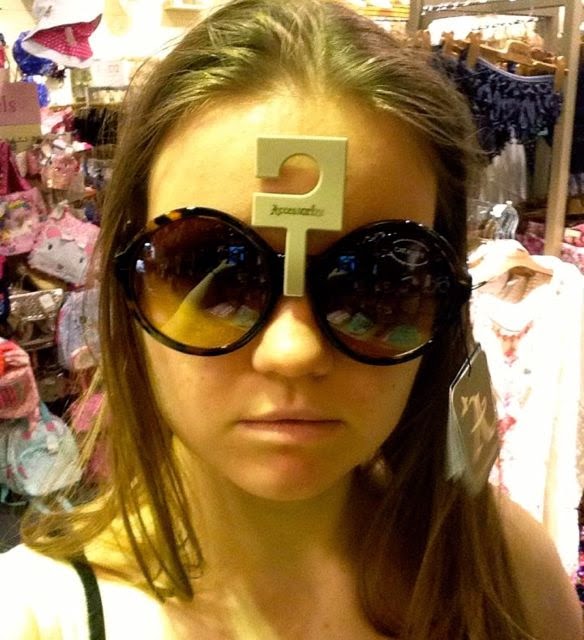 Pic one…
Manda says:
Trying on sunglasses is a lot of fun - and also a great way to suss which styles suit you. I actually like all of the styles pictured, but I tried on lots to get this shortlist! I think this pair are my favourites… the quirky shape makes me look a bit eccentric, which I like!

Cathy says:
I like these too… the mock tortoiseshell rims are very vintage and I love the big, round shape… they really suit Manda and make her look fab! These would look awesome at any swish holiday resort! 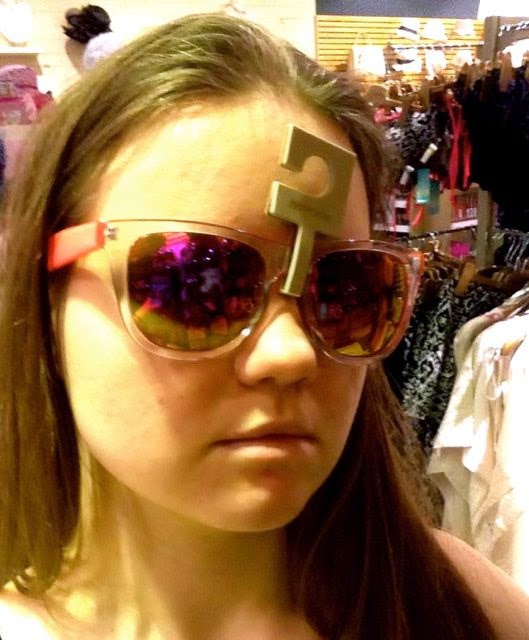 Pic two…
Manda says:
I like these pinky sunglasses because they are basically multicoloured and shiny - and they also double up as mirrors! Really cool and unusual! All of the styles except for the black ones are from Accessorize - they have lots of styles to try, so there's something for everybody!

Cathy says:
These mirrored pink sunnies are lots of fun… though the pale frames are not going to be to everyone's taste! The boxy shape of this pair won't suit everyone, but Manda has great bone structure and carries it off well. Who says you can't see the world through rose-tinted glasses? 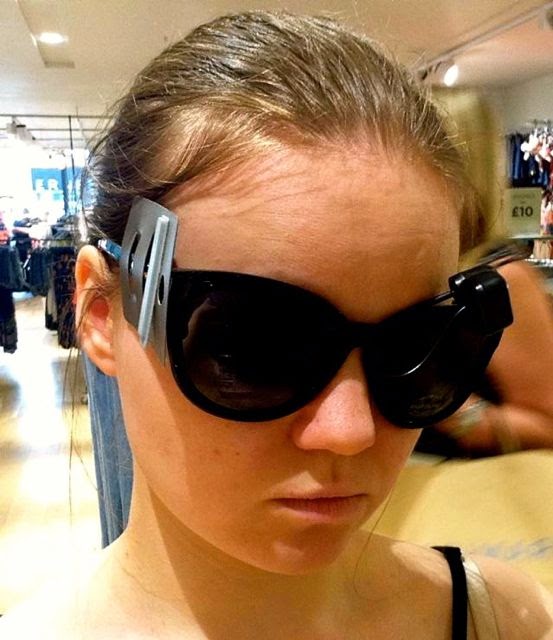 Pic three...
Manda says:
There's not a lot to say about these black sunglasses except to say that they're from River Island - and that they made me feel like a celebrity!

Cathy says:
These are classics… black, cool and timelessly fab. The curved, sweeping shape is very flattering, too! Black goes with everything and suggests an air of quiet, careless sophistication. They definitely do have a hint of the celeb about them, too… step out in style and see if the paparazzi are fooled! Perfect for that summer 'red carpet' moment… or for posing around town! 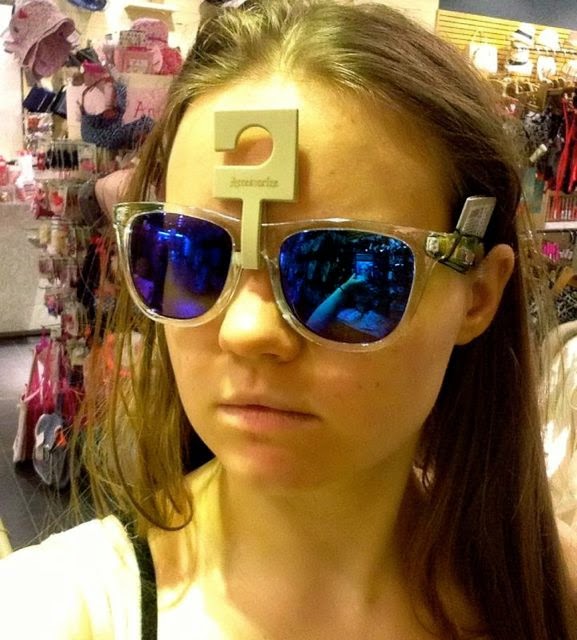 Pic four…
Manda says:
The photo doesn't show these too well, but they are similar to the pink pair, except with purple highlights - and they are possibly even prettier! I really like these… they feel so unusual!

Cathy says:
The blue/purple colouring suits Manda well… and the mirrored lenses are eye-catching and different. This shape won't flatter everyone, but it looks great on Manda!


Now for YOUR verdict… which pair of sunnies would YOU pick, and why? Which do you think suit Manda best? COMMENT BELOW to cast your vote!