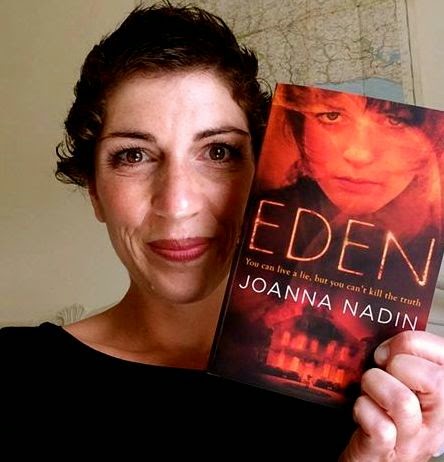 Jo Nadin says:
I write books. A lot of books. Which is another way of saying I spend most of the day dreaming about being other people in other places and then putting that down on paper. I do a lot of dreaming, but my latest book has elements of nightmares in it too: it's a thriller for older readers called EDEN. When her cousin Bea dies in a house fire in London, Evie returns to her childhood home of EDEN, on an estuary in Cornwall, desperate to make up for mistakes in the past. But she's not the only one seeking redemption. Bea's boyfriend Penn washes up on the river too, and Evie finds herself falling for this dark and possibly dangerous stranger. It's a book of twists, turns and surprises; about finding out who you are, who you want to be, and who you can get away with being…

Cathy says:
I've read EDEN, and loved it - beautifully written and totally addictive, it will keep you guessing right until the end... 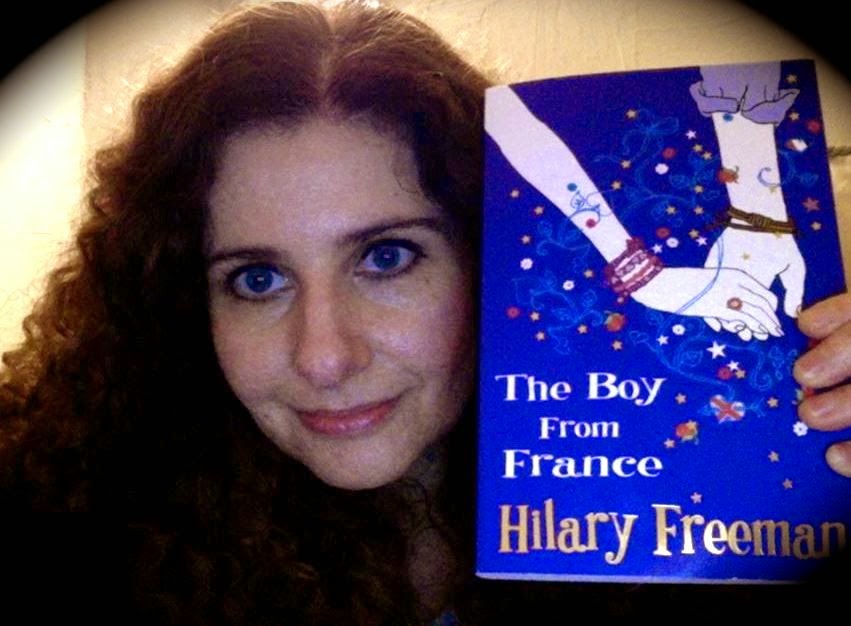 Hilary Freeman says:
I've written six books for teens/ young adults, and am currently working on the seventh. When I'm not writing books, you'll find me still hunched over my laptop writing articles for newspapers and magazines; and, being an agony aunt, giving advice to young people! My other jobs have included being a leg model and a very bad cleaner. My books are about the kind of issues that teenagers face every day. Friendship and romance feature strongly, but self-harm, internet identity, shoplifting, problem parents and celebrity have all featured. THE BOY FROM FRANCE is the third in my Camden Town series, about a group of friends who all live on the same street in Camden Town. THE BOY FROM FRANCE is Vix's story, and it's vaguely my story too, as my boyfriend is from France and has recently moved over to live with me in Camden Town! When Vix's classmates find that their visiting French exchange students will include boys, everyone is very excited; everyone that is, except Vix, who has a sick mother to cope with and has no time for boys. But her student does turn out to be a boy, and what's more, he's gorgeous and charming. But is he for real? How long can it last? And will Vix's secrets and lies destroy the relationship?

Cathy says:
I'd have loved this story as a teen… I never went on a school exchange, but always dreamed of it! THE BOY FROM FRANCE sounds like a perfect summer read!

Do YOU have any must-read suggestions for older teens? COMMENT BELOW to share your views!
at July 21, 2014