Do you have cool or unusual hair? Is it dyed, braided, crimped, dreaded, spiked? Long enough to sit on? Rainbow striped? We talk to some readers who use their hair to make a cool style statement... 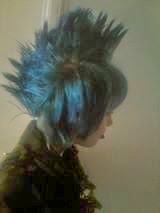 Blue says:
I settled on blue as my chosen hair colour after six years of trying different colours; then I had to find a hairstyle! I chose a mohawk as I was quite into the punk scene and mohawks are awesome! My first attempts didn't go too well but now I have a foolproof technique; I put the gel on my hands (I use Got2bGlued gel) and run it through the hair. This gives it extra strength so it stands up rather than falling to the side when I create the mohawk. A lot of hairspray (Got2bFreeze spray) is also required! As you can see, I don't have the sides of my head shaved, so my hair is actually very versatile. If I wake up late or I'm not going out, I can leave my hair as it is or put it in anime bunches. I still love my mohawk, though! Mum says it looks awful, to try to discourage me, and my brother says it's stupid but the school made him shave his pink mohawk off so I think he's just jealous! Everyone else thinks my mohawk is awesome. I'm going to carry on mohawkifying my hair until I can no longer lift my arms to do so!

Skyla-Rae said:
I have purple and blue hair currently. I love intense, bright colours and don't see why hair can't be any colour or style you want! I like that you can change the colours to suit your style and even your mood. I've had everything from no hair to mohawks to long hair, and my hair is soon to be orange, for my Merida Steam-punk cosplay. Excuse the Minnie Mouse ears on the picture... I think my 'inner child' is still seven and totally loves Disney! 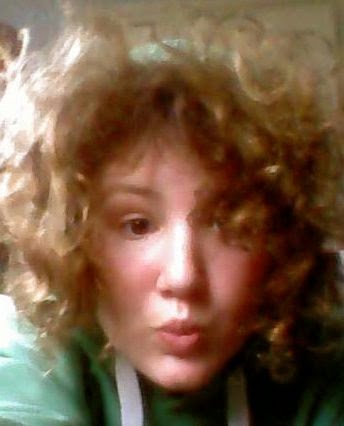 Sunny says:
My hair is a bit crazy, very curly and with blonde streaks, but it's naturally pretty much like this! I wear a braid to one side, and my friends call me 'candyfloss' as the wind fluffs it up and makes it even crazier! I use natural herbal dyes, nothing too chemical, because I want my hair to be healthy. I think it suits my personality as it's bright and bouncy! I could never straighten it even if I wanted to... it just goes frizzy! 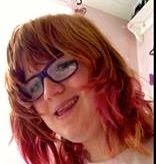 Hannah says:
I have pink highlights... I decided to go pink as I love the colour, and I'm at college now so I can do what I want with my hair! My mum does it for me as I had meningitis when I was little and can only use my left hand - but it's easier when dying your hair if someone helps, anyway! I think other people like it, and my cousin is actually a bit jealous as she's still in school and not allowed to dye her hair yet! 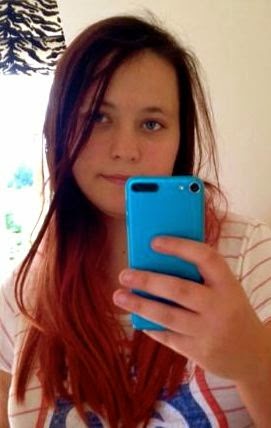 Verity says:
I did my hair pink the day before the summer holidays. My hair is dark brown, so I had to bleach it, but luckily Mum's a hairdresser so she knew what to do! After that we put on the pink dye and I LOVED it. The next day at school I got told off for it - apparently it's distracting to have pink hair! So I ended up in trouble and was  put in isolation for the last day of the year. Luckily, it WAS almost the holidays so I was OK after that... and my friends and family liked it. By the time school started again, I'd changed it back but I'm planning to dip-dye again this year. I have to admit it did make the ends of my hair really dry, so it IS quite damaging for the hair. 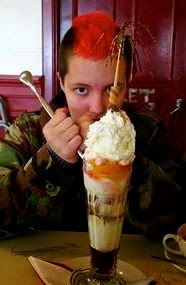 Toby says:
I had a mohawk already and decided to dye it red. I'd been given the part of a punk in my drama exam and I thought it would aid my portrayal of the character, and I thought it would look cool and get me some attention from the girls (not that I have a problem with that anyway!). Annoying the teachers was just a bonus! Some people thought I'd done it for a joke but most liked it. Once, when I was out with my friends, a police car pulled up and a cop jumped out. I was wondering what we'd done when he said: 'We're the fashion police, and you're under arrest for that hair!' Funny. After a month, my teachers told me to shave it off. I did, and then they told me off for having my hair too short. No pleasing some people... 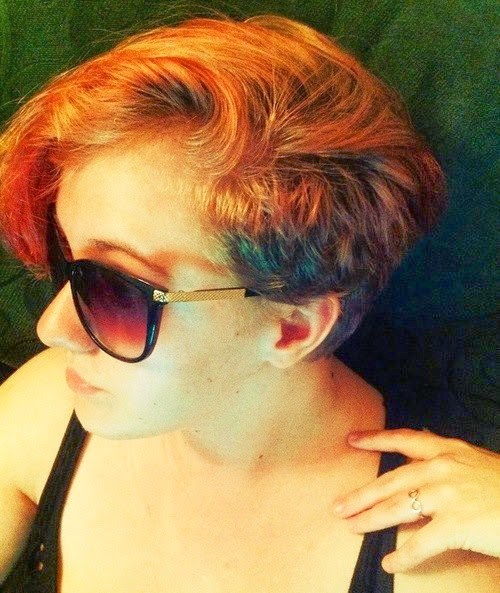 Lauren says:
My hair is currently gradient dyed, dark blue to turquoise... I tend to get bored every now and then and I'll dye it any colour I can find! It started when I was about thirteen - I got the underneath of my hair dyed and it all took off from there. I dyed my full head for the first time after accidentally bleaching it to an awful yellow-white... I couldn't go into college like that! Since then I've been bright pink, red, green, orange... in the picture, it's orange with red and turquoise. I use Directions hair dye and blend the dyes together to create a fade effect. My friends seem to like it, and I LOVE it!


Would YOU ever dye your hair? If so, would you opt for blonde/ brown/ black... or rainbow bright? Would you have the confidence to carry it off? COMMENT BELOW and tell us what YOU think!
at April 05, 2014