I have been getting short-sighted lately and need to go to the optician as faraway things are looking a little bit hazy. I thought I'd ask my readers for their tips and advice on wearing glasses... 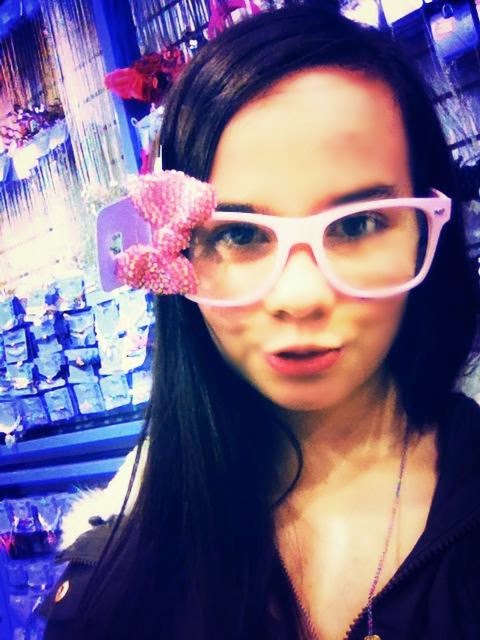 Maisie says:
I have been wearing glasses for just over ten years and I LOVE them! I'm a violinist and before I wore glasses I couldn't read the music properly - the notes looked blurry, like they were dancing around between the two lines of the stave. Eventually, I got glasses. Almost everyone in my family wears glasses, so I guess I was destined to wear them too! I have three pairs, plus a plastic pair with a bow that I wear over the top of my contact lenses - they look really trendy! There are a few annoying things about them - like when you're drinking tea and you get blinded by a sudden fog of steam on the glass! And I drink a lot of tea and coffee. Glasses are COOL - I wouldn't be me without them! 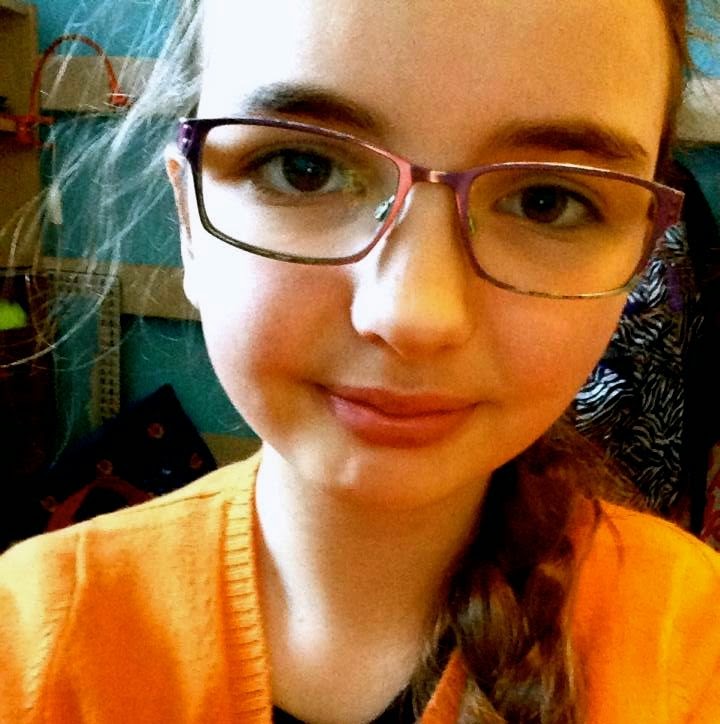 Victoria says:
I've worn glasses since I was four and I'm twelve now. We discovered the problem when we were in Russia visiting friends of my parents - I had to see an eye doctor there and it turned out one eye was very short-sighted and one less so. I have the right glasses now and my sight has improved - I hope it goes on improving. Having glasses makes me feel different, and I've noticed that boys in my class tend to go for girls without glasses; also when new people start in the class they assume I'm a nerd to begin with. One of my best friends wears contacts and I'd like to try that, but I'm a bit frightened. One day! If I forget to wear my glasses people say, 'Wow, you look so nice!' which makes me feel like they think I look ugly WITH glasses. Overall, I like having glasses but I hope to have perfect sight one day. 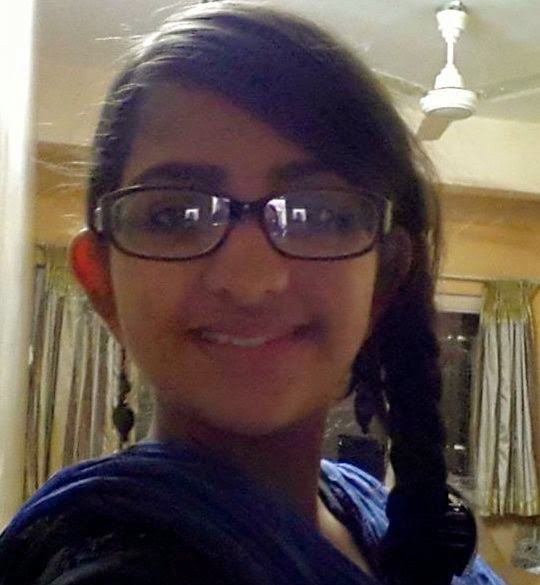 Azania says:
I've been wearing glasses since second grade and I have a love-hate relationship with them. They make me look very studious, and that gives a great impression to my teachers, but glasses can be very annoying too. If I finger print them by mistake and the cleaning cloth is not at hand, that's irritating! Nowadays I have started wearing contact lenses every day, and that is working really well - unless I wake late and am too sleepy to put them on in the morning!

Elizabeth says:
I have had glasses since I was ten and they always sit in a wonky fashion on my face because I'm rubbish at taking care of them! In Year Six I made my glasses warp by jamming them in my school tray, and once, in the school loos, they fell off my face when the toilet was flushing and got flushed away. I got them back and had to go on wearing the same pair (cleaned, obviously!) for another year. Arghhh! I'm fourteen now and still not much better at looking after my glasses - but when I do eventually clean them, it's like seeing in HD!

Ari-ka says:
I knew I'd needed glasses for a while but tried to ignore it... Mum made an appointment for me a couple of months ago. My frames are cool - everyone in school wanted to try them on, but a couple of people said I looked like a granny in them! I do find them hard to wear - you could say I haven't quite adjusted yet!

Charlotte says:
I've been wearing glasses since I was two. If people see me without them, they say 'Oh wow, you look so weird without glasses!' They get dirty easily and if I take them off to clean them, people comment and tease all over again... sigh!

Kira says:
I've had glasses since I was seven or eight. At first they were quite weak and nerdy but I have a new, stronger pair and they are much cooler than before! Everyone in my class loves them and are always wanting to try them on!

Grace says:
I got glasses last year after a routine eye test... it turns out I am short sighted and have to wear glasses all the time. My glasses are purple and really pretty, so I'm fine with that!

Sam says:
I got glasses in Year Six; I was supposed to wear them for looking at the board but now I need them full-time and can barely see without them! I have quite cool glasses now and hope I stick with them!

Hannah says:
I'm supposed to wear my glasses for reading and at college but I choose to wear them all the time - they're a part of my look now!

Chloe says:
I've worn glasses since I was about five; to begin with I was the only one who did, and I hated them. People called me 'four-eyes' - arghh! I got used to them and they really don't bother me now.

Amy says:
I've worn glasses since I was two; I should wear them all the time but stopped when I was sixteen as I felt so self-conscious. This was a bad move - my optician says I'm putting so much pressure on my 'good' eye that I'll permanently damage my sight if I go on trying to manage without. Now I have new frames and have customised them so they're the way I want them to be. I'm proud to wear them now - eyesight matters.

Wow... some amazing stories from some very stylish readers, and great tips too! Do YOU wear glasses? What do you think about them? COMMENT BELOW and share YOUR views!
at April 30, 2014