Have you got the best pet ever? Lots of us have a special bond with an animal, and here CC readers share their stories of animal magic... 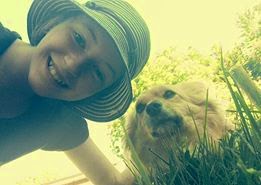 Niamh says:
This is me and my best friend Max. We adopted him from the RSPCA when he was about a year old. Before we adopted Max, I was terrified of dogs and wouldn't even go near the cute, tiny ones... but Max turned all of that around and I soon became a dog lover. There WAS a problem, though. In his previous home, Max had been mistreated. He was very scared and shaky, and if you went to pat him he would flinch or run away, thinking you were going to hurt him. Eventually, after showing him that we would never do that, he began to trust us and he wasn't afraid anymore. He's almost five now, and the most loyal and loving dog I have ever met. He is also very happy and seems to have forgotten about his scary past! 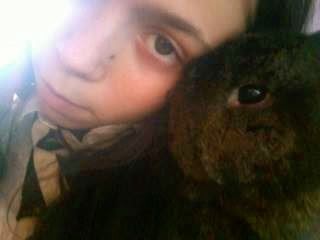 Marjolaine says:
This is me and my rabbit, Domino, who sadly died in April last year. He was very happy and very cheeky - he liked climbing on top of the sofa! He was my first pet and I loved him to pieces -I used to tell him off for not being quiet at night, but I'd give anything now for sleepless night because of him. He started off as an outdoor rabbit and gradually became a house bunny. He hated Bonfire Night, but once the noises were over I'd give him a big hug and his favourite baby corn as a treat. When he died, we buried him in the back garden and I like knowing he's not far away... I miss him loads. 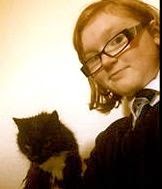 Kathryn says:
This is my cat, Geordie. The pic was taken after he'd had a bath, and let's just say he WASN'T too happy! That face! Geordie's birthday is in April and his hobbies include eating, sleeping and meowing. And I love him!

Colleen says:
Well, hopefully adults can contribute too, because I wanted to share this pic of me and my little brother holding our cat Tigger, back in the early 1970s. My Dad's girlfriend at the time found him as a kitten left in a cardboard box in the middle of the winter in Winnipeg, where it can be -20c on a warm day. She rescued him and gave him to me. This was taken a couple of years later and you can see he was very well fed by then! He went to live with my grandparents as my brother was allergic to cat fur, but I spent many happy afternoons there reading comics and sharing an ice cream with Tigger. He liked to sleep draped around my head or over my feet. He died in 1978, six months after my Grandpa. The vet said he died of a broken heart, and that broke MY heart. 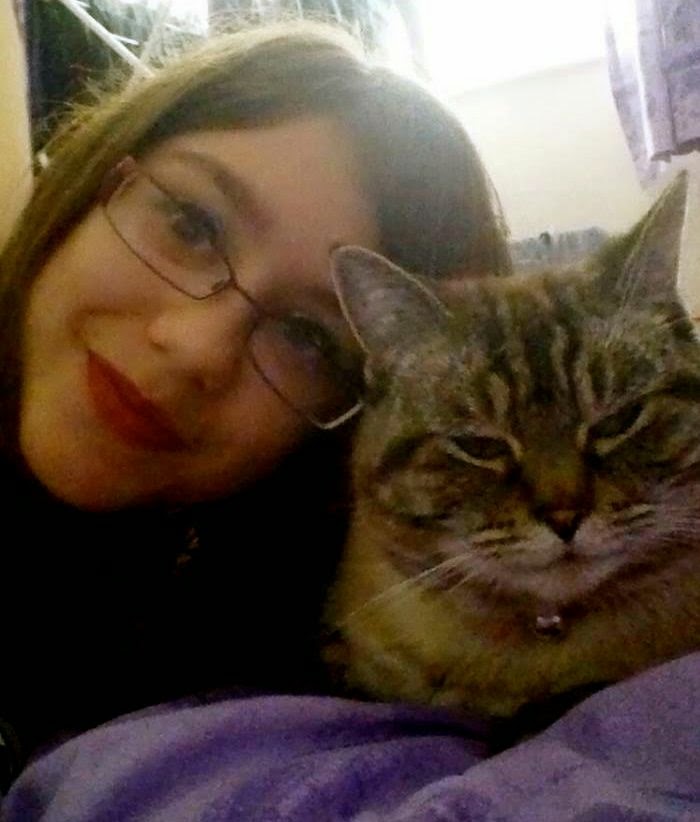 Katie says:
This is my cat Treacle! She loves to play with wool and sleep on my bed. We got her as my dad works for a gas company and on one of his jobs he met a lady who had a stray cat - Treacle - that kept coming in and out of her house. My dad loves cats as much as I do and he put her in his van and brought her home. The next week we took her to the vets to be neutered only to find out she was pregnant! She had three male kittens. We kept one and gave two to my step-grandparents. Treacle is a right madam but I love her to bits! 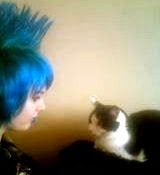 Autumn says:
This is me and one of our three kitties, Arnie, sharing a very intense moment. Arnie is named after Arnold Schwarzenegger which is hilarious because unlike famous Arnie, feline Arnie is really wimpy and hides when there are strangers in the house. However, I think he is secretly an evil genius. We had to put a lock on my door because he figured out how to open it and saw nothing wrong with strolling in at 3am to execute his infernal plan to get cat fur on everything I own. He is really cute and delightfully fuzzy so I can't stay mad at him, even when he thinks that midnight is an acceptable time to start meowing loudly for no reason... 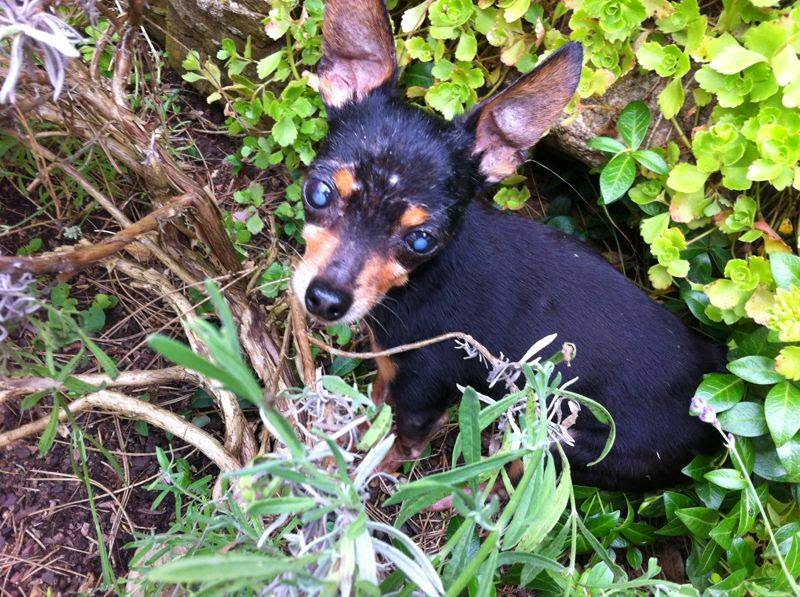 Michaela says:
When I was born, my dog Mat was just a puppy. I was lying in my little bed and he came to lie down next to me. From that moment on we were best friends. I used to push him about in my doll's stroller - he was better than any doll. When I learned to read, I even read my first book to him. I thought he'd be there forever, but he got old of course and eventually went blind. One day I came home and saw Mum crying. Mat was lying under a blanket with closed eyes, crying with pain. Blood was coming from his mouth. 'Mat, don't leave me,' I said, and I kept on repeating that for hours. By some miracle, Mat got through, and he seems healthier than ever now. This is a picture of him in our garden last summer... he really is the best dog in the world.


Do YOU have a cool pet story to share? Email your story and a picture of the two of you together to me here. And COMMENT BELOW to let me know what you liked best about our purrfect pets feature!
at April 01, 2014