Have you ever met your favourite author? What was it like? Some of Cathy's readers share their stories of how they met her and what it meant to them... 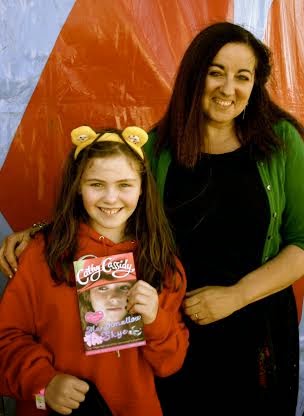 Georgette says:
I discovered Cathy's books at primary school. I read Shine On Daisy Star first, and it made me want to read more - my favourite one is Lucky Star, because it is written from the heart. I first met Cathy at Cheltenham Literature Festival about four years ago - she was amazing and so motivating, and it was incredible to be able to talk to her. I felt she was really listening. I've since done a school project on my top three heroes - Cathy is one! She really seems to understand her readers - and she has great hair!
I met Cathy again at Carfest North last year - she was talking in a huge circus tent surrounded by cars and music! She helped me realise that daydreaming was a great way to spark the imagination! Then, in February, I saw Cathy at a signing in Waterstones in Gloucester. She always has time for everyone, a big smile and a word of encouragement.
Cathy's books are captivating; they draw you in and each one has a moral or a message. Cathy has inspired me to write more and I've recently had an article printed in our local paper, which was cool! One day I'd like to become a movie director and documentary presenter, publishing books of my own in my spare time! 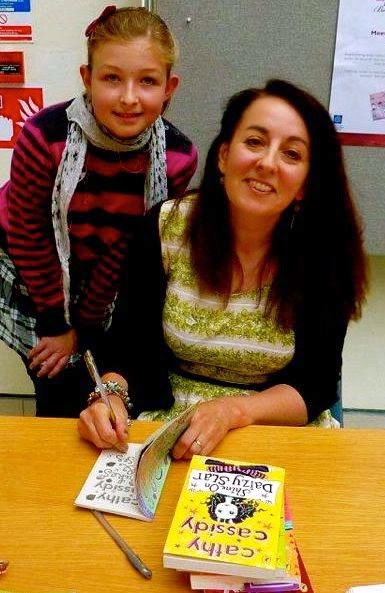 Connie says:
I first met cathy at Manchester Children's Book Festival back in 2010 when I was ten. It was brilliant and I was so excited... I got all of my books signed. I'd carried them there in a big rucksack on the train, but it was totally worth it! Then I met Cathy again this year at Ellesmere Port Library for the WayWord Festival. I came with my friend Rachel; we both enjoyed Cathy's talk and this time Rachel had brought all her books to be signed! (I'd bought some, too!) We also got chocolate from the chocolate fairies, which was an added bonus! My favourite book is Coco Caramel - Coco is very similar to me! I got lots of inspiration from the meeting for writing my own stuff, and I loved seeing the character studies and sketches Cathy had made, which she talked about in her presentation. 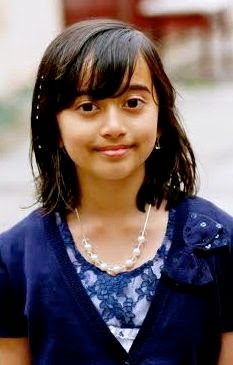 Tasneem says:
I've met Cathy twice - once in February this year and once in 2011. Back at my old primary school my friends and I joined a club called Research Club, and began to research our favourite authors - JK Rowling, Jacqueline Wilson and Cathy! I found Cathy's website and sent her an email to tell her we were researching her; I didn't expect a reply, but I got one! I was really happy and told my teacher, and she suggested I ask Cathy to visit the school. I did, and after months of emailing and organising, it actually happened! She did a talk about her Daizy Star series for Years 3 & 4 and another about the older books for Years 5 & 6, and I was allowed to go to both! The press came and took some pictures and I was in the newspaper! Three years on, I am now at grammar school and have made some amazing friends (Harleen, Nikki, Adena, Kate, Lavan, Millie and so many more... it's a long list because they are all so cool!). One day, our English teacher told us we were going on a trip to see Cathy speak at an arts centre nearby! It was a huge audience and Cathy did an amazing talk - she actually mentioned me in it! I got two books signed and I will be buying Sweet Honey as soon as it comes out!

Have YOU ever met Cathy? Would you like to share your story on DREAMCATCHER? Email us here to tell us all about it, or COMMENT BELOW to tell us what happened!
at April 14, 2014