Crazy about making music? These cool readers are... find out more about which instruments they love most, and why! 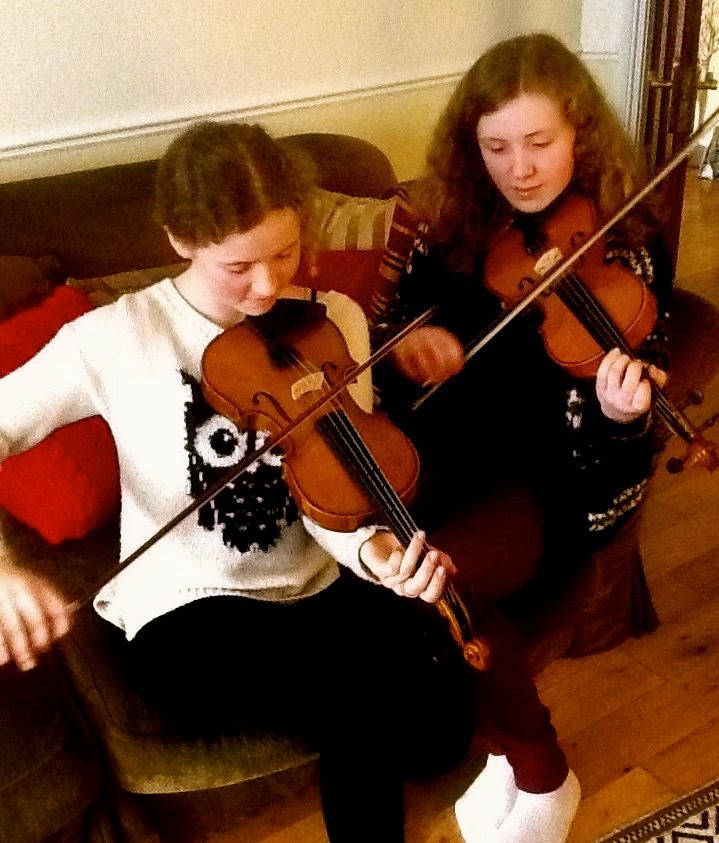 Grace says:
My twin sister and I both started playing the fiddle when we were five years old and we've been playing since then... that's nine years now! We love it. We play in the traditional music group in school and we've just started playing in the orchestra too, which is classical violin!
Ellen says:
As well as playing the fiddle, I play flute and recorder and sing too. I started recorder last year and began learning flute in October - I have lessons every week after school. Both Grace and I sing in the school choir, too! 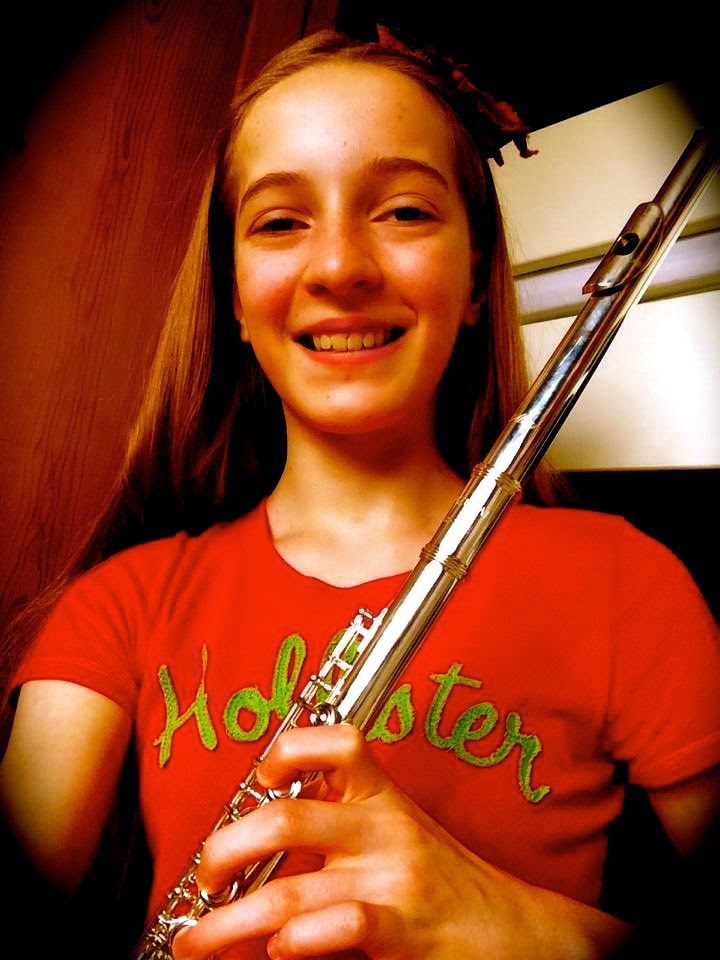 Alexandra says:
I play violin, piano, flute... and I sing too. I am working on my grade eight for violin and singing and I'm at grade seven for piano and flute. I've been learning violin since O was six or seven and that's probably my favourite, but I also love singing and just today I was picked for a singing/dancing part in the musical 'Oliver'. I love piano too - my mum is actually a piano teacher so it comes naturally I suppose! I only started flute three years ago when I began to be home-schooled - I had the time to practise at home and I loved the idea of learning something new. I live for music - without it, I would not be the person I am today! 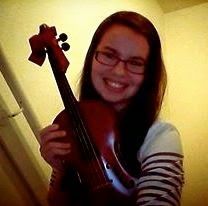 Maisie says:
I've been playing the violin since I was really small. My aunt plays and she was the one who first got me into playing; I wanted to be just like her and she is still my idol today. After begging and pleading, I finally got my first violin and started lessons. I love it so much I play it constantly, from Bach to Shostakovitch. Music is so special - it's a gift that I will treasure for always. Listening to music warms my heart and makes me more determined to go on playing violin so I can perform to big audiences one day. Music is so powerful and so moving - to have the power to make people laugh or cry is pretty awesome. Music will always be a part of me and it inspires me to climb milestones and reach for my dreams! 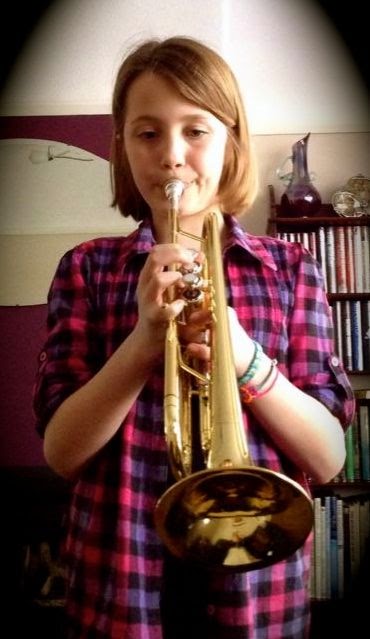 Alice says:
I play trumpet - I have been playing for around two and a half years now. I started playing in Year Four because we had the opportunity to play an instrument; First of all I tried the clarinet, which I hated, but then had a chance to play a brass instrument, and I picked the trumpet. I instantly fell in love and carried on playing right through Year Five and Six. Now that I'm in high school I play with the school band and also in the local music services senior brass band - I was in the junior section to begin with, and moved up. I love playing an instrument because you get to meet so many cool people you'd never get to meet otherwise - and all because of the music. It's definitely worth hanging on until you find the right instrument for you! 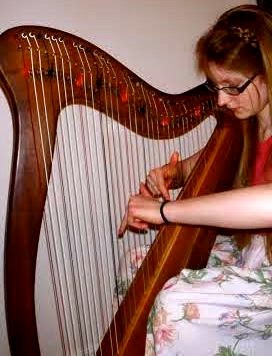 Gracie says:
I've always loved the way a harp sounds, but I think my parents thought it was just a phase I was going through! I finally started lessons a few years ago after seeing a harpist at the Edinburgh Festival and discovering that my school offered lessons. I play the Scottish lever harp - the clarsach; the one I have has 34 strings so it's much smaller than a concert harp, the type you see in orchestras. I absolutely love playing - the harp makes such a beautiful sound, even when you play a dud note! A few weeks ago I took my first exam, Grade Three, and passed! I don't think I'll ever go on to be a great musician, but this is an amazing and rewarding hobby to have - I love it!

Do YOU play a musical instrument - or have you been inspired to try out one of those described above? MESSAGE BELOW to let us know!
at August 07, 2014