Are YOU going to a music festival this year? Style reporter Manda picks up on the boho cool with these fun flower headresses. Over the top or festival-funky? You decide… 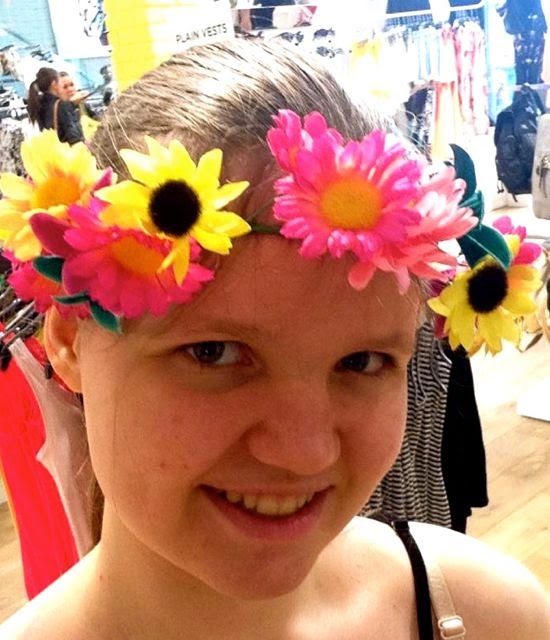 Pic one…
Manda says:
The yellow and pink headband was one of my favourites of the whole bunch… I loved the vibrant colours and how they all went together; and the different flowers and the little leafy bits in between, rather than having all the flowers crammed in together. Yep… a thumbs up!

Cathy says:
Colourful, cool, bright and happy… OK, it might be a bit too much to wear every day, but in a festival setting it would be perfect. Happiness in headband form. Channel your inner hippy chick… Dizzy would approve! 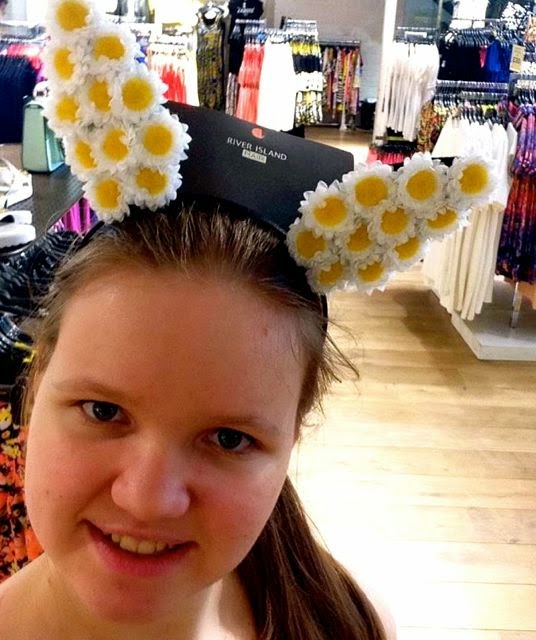 Pic two…
Manda says:
I like the daisy bunny ears, but I personally get more of an Easter vibe from them so I don't think I would wear this much at this time of year - festival or no festival! It's not that I can't look at actual bunnies without thinking Easter, it's more the idea of humans randomly wearing bunny ears on their heads. Bunny ears mades of DAISIES…

Cathy says:
I can see how these flowery rabbit ears might appeal… a perfect cross between festival fancy-dress and the whole flower-crown vibe that's so big right now. They might turn a few heads in Tesco, but they'd win you smiles and free hugs at a festival. Would you dare? 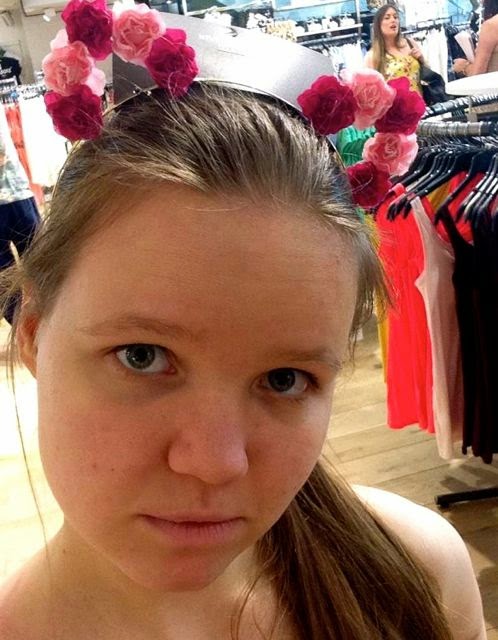 Pic three…
Manda says:
These little ears are cute. They look like cat ears to my eyes, and I like cats a LOT (except that they have to be carnivores, but that is another story…). I like the colours, too. I would definitely wear these for a festival… they're purr-itty!

Cathy says:
Although she loves the cat's ears headdress, Manda looks a little bit unsure this look…. or maybe she is channeling her inner feline look? There's no doubt about it, you need to be happy and confident with the look to carry off these ears, so if in doubt, steer clear! 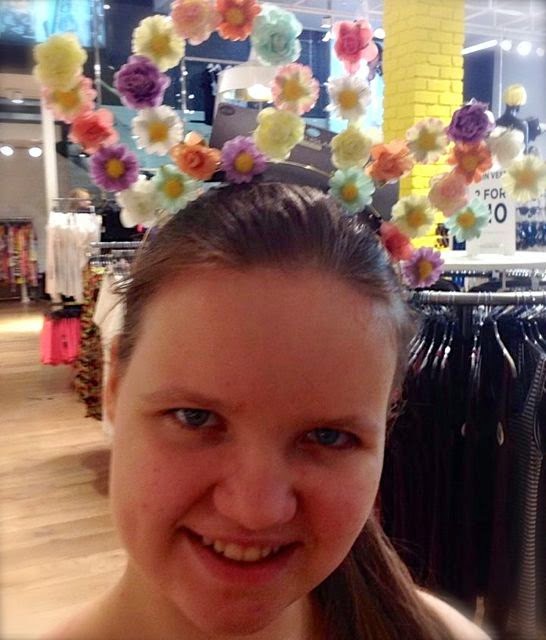 Pic four…
Manda says:
I wasn't sure about this headdress at first, but it's grown on me. (No… not literally!) It's big, eye-catching, quirky and kind of hippy-style, and I think I need more of that in my life!

Cathy says:
Well, I was saying you need confidence for some of these looks… this one most of all! In a group of friends at a festival on a hot summer's day, though, this headdress really makes a statement. Would I wear it? Nope. But the question is… would YOU?


Cathy says:
Time for you to cast your votes… which one do YOU like best? And least? Would you wear them? COMMENT BELOW to have your say!