PAST TIMES… OUR PICK OF THE COOLEST HISTORICAL NOVELS!

I am very partial to a story that is set in the past… it's one of my favourite ways to soak up historical detail and background. Here are three of my author pals who do 'historical' BRILLIANTLY… check them out! 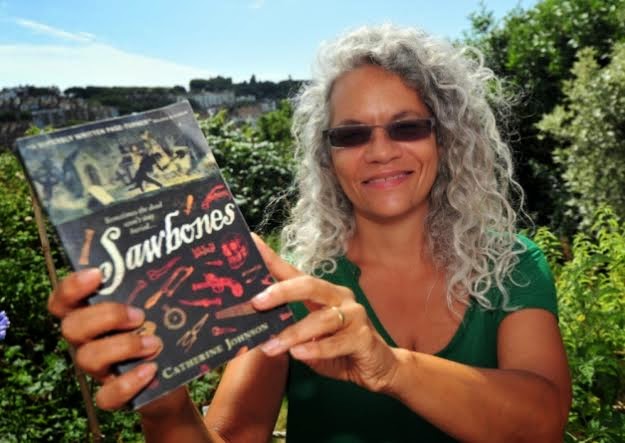 Catherine Johnson says:
I write for TV, radio and film and I love putting words in other people's mouths. I've been writing for years, but recently more and more of my books have been historical. When I was growing up we'd play the stories we'd seen on TV and I always wanted to be the one wearing the fabulous frock, but there were never any people like me in films or on TV - I'm mixed race, but when I was growing up I hardly knew any other mixed race children. Perhaps making films and writing books is a way to change that! My new book, SAWBONES, is hard to explain…. it's a bit like that TV programme Silent Witness, where they use forensics to solve crime, only with teenagers and set in the 18th century. Ezra McAdam is a strait-laced surgeon's apprentice whose world is blown apart when he meets Loveday Finch, a magician's assistant whose father has died in mysterious circumstances. Add in body snatchers, early medicine (no anaesthetics) an Ottoman prince and a corpse with its tongue cut out and that's about it! It was one of those books that's an absolute joy to write. 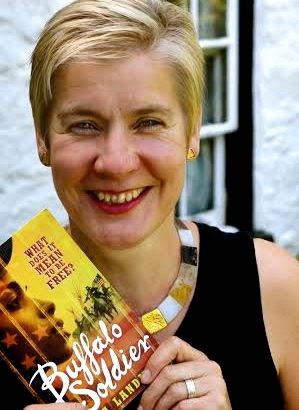 Tanya Landman says:
I love history. Not lists of dates or facts and figures; not kings and queens, statesmen and politicians. I love finding out how ordinary people lived though extraordinary and world changing events. When I read about Cathy Williams, a slave freed after the American Civil War who disguised herself as a man and joined the US army as William Cathay, I was gripped. Her identity was discovered after two years, but I thought that there must have been other young women who had done the same and got away with it. That was when the idea of BUFFALO SOLDIER started to take shape. The character of Charley O'Hara took hold of me and didn't let go until I'd finished telling her story...
'What kind of girl steals the clothes from a dead man's back and runs off to join the army? A desperate one, that's who. The world been turned on its head by that big old war. Seemed like the safest place to be until we was sent off to fight them Indians. And then? Heck! When Death's standing so close you can smell his breath and count his nosehairs? Ain't nothing makes you feel more alive.' 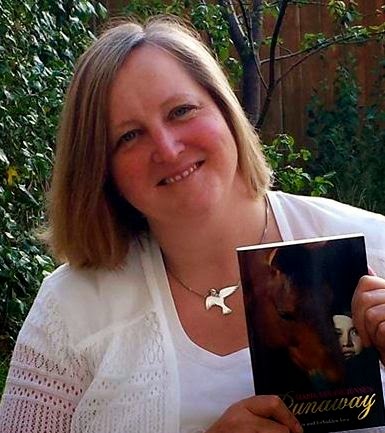 Marie-Louise Jensen says:
I'm an author, a tutor, a translator and a mum. I write because I love stories. I love reading them, making them up in my head and I sometimes lose myself in the space between fiction and reality. I've been writing adventure and romance for young teens for some time. Most of my novels are set in the past, in times when people rode horses or sailed ships to get around, ladies wore elaborate gowns and men wore breeches and carried swords or pistols. In RUNAWAY, my newest book, Charlotte escapes from a murderer and disguises herself as a stable boy to stay safe…

Cathy says:
Three awesome authors and three fantastic historical reads… do check them out and step back in time into those stories! COMMENT BELOW to tell us YOUR fave historical reads… or tell us what genre of books you love the most!
at August 12, 2014